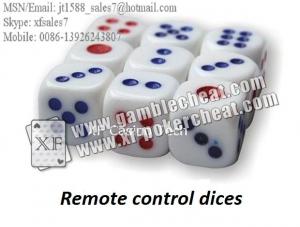 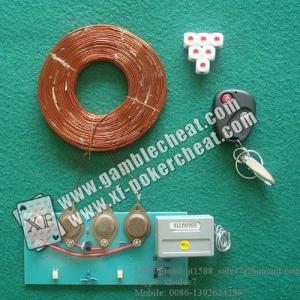 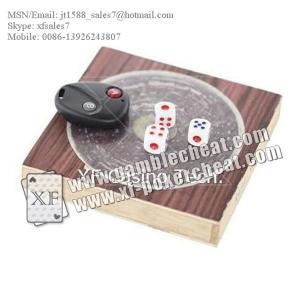 The circuit card is installed under the table, chair or in the table. But using the remote control, you could control the point of yourself and others freely in 20 meters even there is a wall or a person.
1: To use theremote control dice, set the switch to open, playing into is an open, pop-up to be closed.
2: The desktop can standby for 7-8 hours with full charge.
3: When the desktop have runned out of power, charging time is 2-3 hours.
4: The distance from the remote control from the desktop can be spaced about 20 meters.

There are many different specifications on circuit card, including the point, size, single or double, positive or negative of the remote dices.

Firstly,Open the desktop with a slim stick.Desktop which must be placed on the underside of the table that the game of dice is played on for this product to work.After that,put the dices on the desktop.It is more accurate when the dice approachs the center of the desktop.You can press the buttons of the remote control to change the point of dices and the dices will jump to the point you want.You can control one of two or control two dices at the same time.

Thank you! Your message has been sent to the following suppliers.